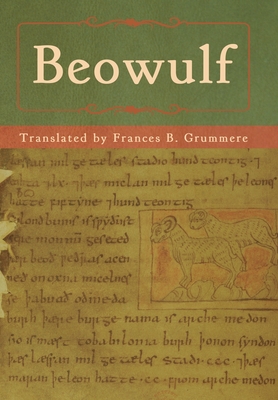 By Anonymous, Frances B. Grummere (Translator)
$21.54
Not on our shelves at the moment, but we will order it for you.
(This book cannot be returned.)

The story is set in Scandinavia. Beowulf, a hero of the Geats, comes to the aid of Hrothgar, the king of the Danes, whose mead hall in Heorot has been under attack by a monster known as Grendel. After Beowulf slays him, Grendel's mother attacks the hall and is then also defeated. Victorious, Beowulf goes home to Geatland (G taland in modern Sweden) and later becomes king of the Geats. After a period of fifty years has passed, Beowulf defeats a dragon, but is mortally wounded in the battle. After his death, his attendants cremate his body and erect a tower on a headland in his memory.

The full story survives in the manuscript known as the Nowell Codex. It has no title in the original manuscript, but has become known by the name of the story's protagonist. In 1731, the manuscript was badly damaged by a fire that swept through Ashburnham House in London that had a collection of medieval manuscripts assembled by Sir Robert Bruce Cotton. The Nowell Codex is housed in the British Library. (wikipedia.org)