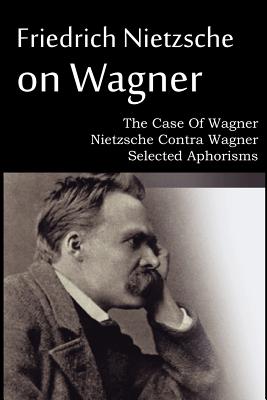 In reading these essays we are apt to be deceived, by their virulent and forcible tone, into believing that the whole matter is a mere cover for hidden fire, -a mere blind of sthetic discussion concealing a deep and implacable personal feud which demands and will have vengeance. In spite of all that has been said to the contrary, many people still hold this view of the two little works before us; and, as the actual facts are not accessible to everyone, and rumours are more easily believed than verified, the error of supposing that these pamphlets were dictated by personal animosity, and even by Nietzsche's envy of Wagner in his glory, seems to be a pretty common one. In Wagner's music, in his doctrine, in his whole concept of art, Nietzsche saw the confirmation, the promotion-aye, even the encouragement, of that decadence and degeneration which is now rampant in Europe; and it is for this reason, although to the end of his life he still loved Wagner, the man and the friend, that we find him, on the very eve of his spiritual death, exhorting us to abjure Wagner the musician and the artist. Friedrich Wilhelm Nietzsche was a 19th-century German philosopher, poet, composer and classical philologist. He wrote critical texts on religion, morality, contemporary culture, philosophy and science, displaying a fondness for metaphor, irony and aphorism.