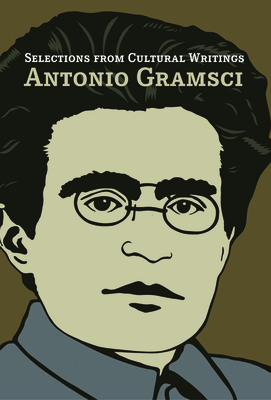 One of the world's most influential cultural critics, Antonio Gramsci's writings on the interconnection between culture and politics fundamentally changed the way that scholars view both. Among the first to argue that art is not the product of men of genius but rather particular historical and social contexts, Gramsci remains one of the most widely read theorists of modern culture.

Antonio Gramsci was a founding member of the Italian Communist Party and spent most of his adult life imprisoned by Benito Mussolini. After his death and the subsequent publication of his Prison Notebooks, he came to be known as one of the twentieth century's foremost cultural critics.

Antonio Gramsci (January 22, 1891 - April 27, 1937) was a founding member of the Italian Communist Party, and spent most of his adult life imprisoned by Mussolini for his opposition to the Fascist regime. After his death and the subsequent publication of his Prison Notebooks he came to be known as one of the 20th century's foremost cultural critics, and is widely recognized as an important theorist of class, culture, and the state. Geoffrey Nowell-Smith is Honorary Professorial Fellow at Queen Mary University of London. He was co-translator and co-editor with Quintin Hoare of Antonio Gramscis's Selections from Prison Notebooks (L&W and International Publishers, NY, 1971). He is Editor of The Oxford History of World Cinema (Oxford and New York: OUP, 1996) and his most recent book is Making Waves: New Cinemas of the 1960s (NY and London: Continuum, 2008). His history of the British Film Institute (with Christophe Dupin) will appear from Manchester University Press in fall 2011. David Forgacs is Professor of Italian at University College London and author of Rome Open City in the BFI Film Classics series.

"This impeccably translated and presented volume of Gramsci's writings on culture is like a voice from a number of other ages." Andrian Rifkin, Block

"This is a welcome work that will contribute to the dissemination of the ideas of an important thinker." Maurice A. Finocchiaro, Review of Metaphysics