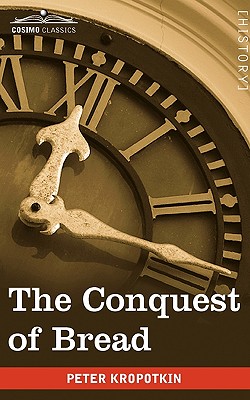 
Ships quickly (1-7 days)
Oscar Wilde deemed his life "perfect," and described him as a man with "a soul of that beautiful white Christ which seems coming out of Russia." He is PETER ALEXEYEVICH KROPOTKIN (1842-1921), communist advocate and "anarchist prince." Here, in this anarchist manifesto, he examines the flaws of capitalism and the dichotomy of poverty and privilege they foster, and posits a new economic path for humanity that encourages our natural desire for cooperation without ignoring our needs, both of the most basic variety-for food and shelter-and those more lofty, such as for art, literature, and meaningful work. Originally written in French as a series of essays for anarchist magazines, this extraordinary work was called by its New York publisher in 1926 a "revolutionary idyl, a beautiful outline sketch of a future society based on liberty, equality, and fraternity." And indeed it remains so a century later, particularly as the bitter fruits of unregulated capitalism begin to rot on the stem. Students of economic and political movements, even as they endure today, will find Kropotkin's an absorbing philosophy.