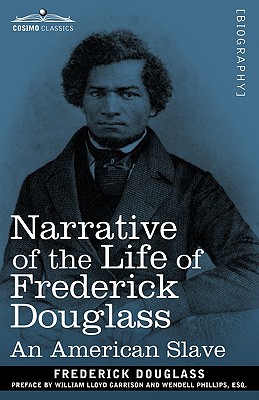 "Now," said he, "if you teach that nigger (speaking of myself) how to read, there would be no keeping him. It would forever unfit him to be a slave. He would at once become unmanageable, and of no value to his master. As to himself, it would do him no good, but a great deal of harm. It would make him discontented and unhappy." These words sank deep into my heart, stirred up sentiments within that lay slumbering, and called into existence an entirely new train of thought. It was a new and special revelation... -from Chapter VI It may be a measure of how far we have come, as a nation and as human beings, to feel shock to realize that one of the greatest Americans ever to have graced the cultural stage-editor, orator, author, statesman, and reformer FREDERICK DOUGLASS (1818-1895)-was born into bondage, merely by dint of the color of his skin. Taught to read and write by the wife of his owner, however, he escaped into an intellectual world that would become his extraordinary battleground for the freedom of those enslaved and, indeed, for the future of the United States. This work, first published in 1845, is the first of three autobiographies Douglass penned, and it became one of the most influential documents of a life in slavery ever written, as well as a powerful spur to the then-burgeoning abolitionist movement. From his childhood of abuse, neglect, and separation from family to his dramatic escape to the North, this is a stunning work of both literature and politics. An absolute classic not only of African-American history but of the history of the advance of human civilization, this is essential reading for anyone wishing to understand the turbulent story of the United States in the 19th century.