The Merry Wives of Windsor (Hardcover) 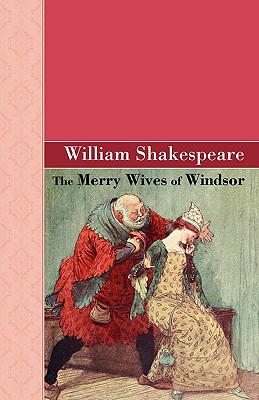 The Merry Wives of Windsor (Hardcover)


Ships quickly (1-7 days)
(This book cannot be returned.)
In Shakespeare's bawdy bedroom farce, the dissolute Sir John Falstaff seeks to restore his declining fortunes by seducing the wife of a wealthy Windsor citizen. His ambitions go awry when two of his intended victims realize what Falstaff is up to and seek to lure him into a trap of their own. The Merry Wives of Windsor explores greed, envy and revenge, yet ends on a note of forgiveness. Shakespeare weaves an intricate plot, full of disguises and double-dealing, resulting in sparkling comedy. Falstaff ranks as one of Shakespeare's greatest characters, a man whose obvious flaws make him thoroughly human and all the more likeable.