Back On The Block (Mass Market) 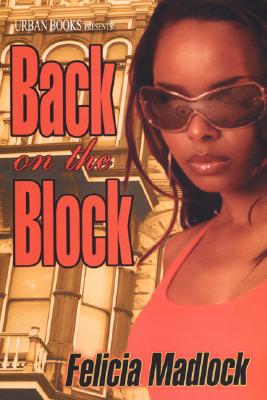 Back On The Block (Mass Market)


Special Order
Recy Clark is back in her old neighborhood and she’s even more bitter than when she left. The news that her foster mother, Ms. Joanne Banks, has been brutally murdered, has forced her to return to the place that she’s been trying so hard to forget. For the past five years, she’s been trying to get her life together, but now that she’s back on the block, she’s going to have to face her demons again. Jonathan Jones, now a husband, father, and respected police officer, is haunted with the thoughts that the hidden truth may be revealed with the return of Recy Clark. He tries to act as though everything is business as usual, but Recy holds a secret that could tear apart everything he holds dear. David Blackwell was less than thrilled to find out that his childhood friend, Jonathan Jones, is suddenly patrolling the drug-infested streets that he controls. As the news of Joanne Banks’ murder hits the streets, evidence is mounting that he’s the main suspect. But David didn’t do it, because murder is bad for business. If he didn’t, who did? Can he live long enough to find out the truth before his friend destroys his lucrative drug empire?
Felicia Madlock attended Illinois State University as an undergraduate and Loyola University/Chicago for her Masters in Social Work. She presently works as a Medical Social Worker for a leading trauma hospital located in the heart of Chicago's Westside community. Her biggest influence for writing is simply life and the extraordinary individuals that she has met along the way.