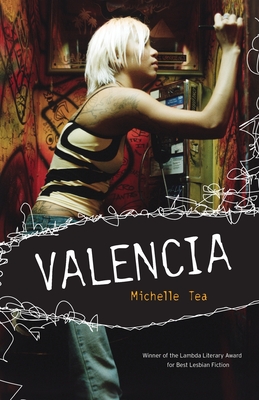 
On Our Shelves (Note - We update this inventory once per day.)
Michelle Tea is the author of five memoirs: The Passionate Mistakes and Intricate Corruption of One Girl in America, Valencia (now a film), The Chelsea Whistle (Seal Press), Rent Girl and How to Grow Up (Penguin/Plume), with Amazon Studios. Her novels include Mermaid in Chelsea Creek and Girl at the Bottom of the Sea, part of a Young Adult fantasy trilogy published by McSweeneys, and Rose of No Man's Land. Black Wave is a dystopic memoir-fiction hybrid. Forthcoming works include Castle on the River Vistula, the final installment of the YA series, and Modern Tarot, a tarot how-to and spell book published by Harper Elixir.

Tea is the curator of the Amethyst Editions imprint at Feminist Press. She founded the literary nonprofit RADAR Productions and the international Sister Spit performance tours, and is the former editor of Sister Spit Books, an imprint of City Lights. She created Mutha Magazine, an online publication about real-life parenting. Her writing has appeared in Harper's, Cosmopolitan, the Believer, Marie Claire, n+1, xoJane, California Sunday Magazine, Buzzfeed, and many other print and web publications.