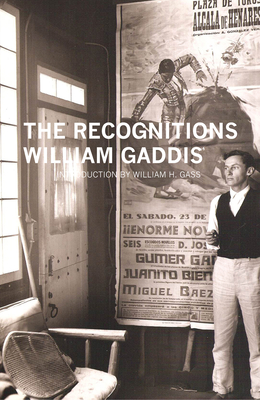 One of the Big Books of 20th Century literature, the novel is the story of young Wyatt Gwyon who has a gift for art, in a world that values the skill but not the vision. Compromise, disillusion, fame---all of it blends into a portrait of abandoned truth trying to find purchase among those who only care about surfaces. Gaddis's first novel and a masterpiece.

The book Jonathan Franzen dubbed the ur-text of postwar fiction and the first great cultural critique, which, even if Heller and Pynchon hadn't read it while composing Catch-22 and V, managed to anticipate the spirit of both The Recognitions is a masterwork about art and forgery, and the increasingly thin line between the counterfeit and the fake. Gaddis anticipates by almost half a century the crisis of reality that we currently face, where the real and the virtual are combining in alarming ways, and the sources of legitimacy and power are often obscure to us.

William Gaddis (1922-1998) stands among the greatest American writers of the twentieth century. The winner of two National Book Awards, as well as a MacArthur Genius Award, a Lannan Lifetime Achievement Award, and grants from the Guggenheim Foundation and the National Endowment for the Arts, he wrote five novels during his lifetime. He is loved and admired for his stylistic innovations, his unforgettable characters, his pervasive humor, and the breadth of his intellect and vision.