Memoirs of a Janissary (Paperback) 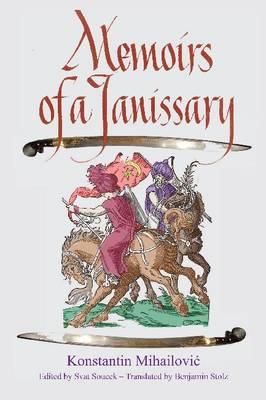 Konstantin Mihailovic, born a Christian Serb in the early 15th century, was kidnapped by Ottoman Turks and brought to Anatolia, where he was trained as a Janissary -- a member of the elite corps of the Ottoman army made up entirely of converted Christian boys. As a Janissary, Mihailovic was an eyewitness to important events such as Sultan Mehmet II's sieges of Belgrade and Constantinople in 1453 and the campaign against Count Dracula. In 1463, his garrison of Janissaries was captured by the Hungarian king, and he opportunistically redeclared his Christian faith. He drew on his unique first-hand experience with the Turks to write his memoirs, which became a "bestseller" in Central and Eastern Europe in the 16th and 17th centuries. These memoirs were published as a cautionary tale about the heathen customs of the Turks, and as a guide to military practices and customs of the Turkish army. One reason for its success was that the Turks had not only overrun the Balkans but also threatened the heart of Europe with sieges of Vienna between 1529 and 1683. Mihailovic provides salient details of Turkish military subterfuge, the Turks' disregard for truce agreements, and their shocking actions during the battles and beyond, including the standard beheading of the captured kings. The siege and conquest of Constantinople and Trebizond reads like a chronicle of treachery, yet also of military genius. Mihailovic describes magnificent court scenes and encounters with the great Khans of the Tatars and with Hungarian and Serbian kings, as well as scenes from daily life in the Ottoman Empire.