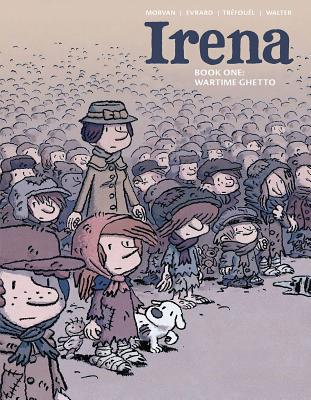 The true tale of Irena Sendlerowa, a social worker in the Warsaw ghetto in the early 1940s, during the early days of German occupation. She is credited for saving the lives of 2500 Jewish children by gradually and quietly smuggling them to safety in small groups. While she is eventually arrested by Gestapo, imprisoned, and tortured for her actions, she refuses to reveal her network and is condemned to death. She is ultimately saved from death by other members of her organization. After the war, she retrieved the names of all children she saved (kept in a glass jar buried under a tree behind her house) and attempted to locate each of their parents for reunion. And while most of the parents had been gassed in the Holocaust, she made it her mission to help those orphans find new homes. Another true SCHINDLER'S LIST scenario, illustrated for a younger audience, but equally moving for adults.