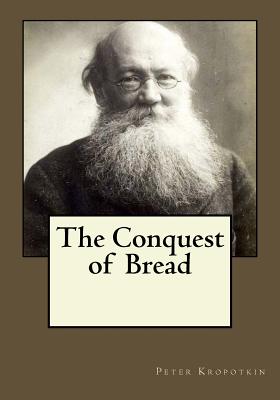 
Ships quickly (1-7 days)
(This book cannot be returned.)
The Conquest of Bread is a book by the anarchist communist Peter Kropotkin. Originally written in French, it first appeared as a series of articles in the anarchist journals Le R volt and La R volte (both edited by Kropotkin). It was first published as a book in Paris in 1892 with a preface by lis e Reclus, who also suggested the title. Between 1892 and 1894 it was serialised, in part, in the London journal Freedom, of which Kropotkin was a co-founder. It has been translated and reprinted numerous times: it was translated into Norwegian already in 1898, and in Japanese, for example, by Kotoku Shusui in 1909.