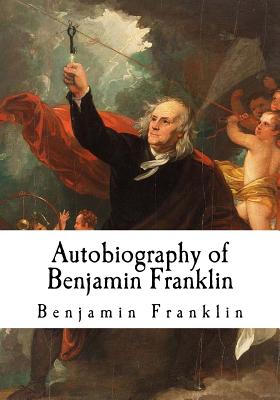 Autobiography of Benjamin Franklin With Illustrations by E. Boyd Smith Edited by Frank Woodworth Pine The Autobiography of Benjamin Franklin is the traditional name for the unfinished record of his own life written by Benjamin Franklin from 1771 to 1790; however, Franklin himself appears to have called the work his Memoirs. Although it had a tortuous publication history after Franklin's death, this work has become one of the most famous and influential examples of an autobiography ever written. The thing that makes Franklin's Autobiography different from every other life story of a great and successful man is just this human aspect of the account. Franklin told the story of his life, as he himself says, for the benefit of his posterity. He wanted to help them by the relation of his own rise from obscurity and poverty to eminence and wealth. He is not unmindful of the importance of his public services and their recognition, yet his accounts of these achievements are given only as a part of the story, and the vanity displayed is incidental and in keeping with the honesty of the recital. There is nothing of the impossible in the method and practice of Franklin as he sets them forth. The youth who reads the fascinating story is astonished to find that Franklin in his early years struggled with the same everyday passions and difficulties that he himself experiences, and he loses the sense of discouragement that comes from a realization of his own shortcomings and inability to attain.