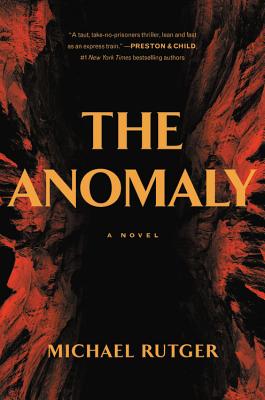 A rogue archaeologist is trapped in a Grand Canyon cave as a conspiracy theory comes to life in this "take no prisoners" survival thriller that puts our hero up against impossible odds (Preston & Child).

Not all secrets are meant to be found.
Nolan Moore is a rogue archaeologist hosting a documentary series derisively dismissed by the "real" experts, but beloved of conspiracy theorists.

Nolan sets out to retrace the steps of an explorer from 1909 who claimed to have discovered a mysterious cavern high up in the ancient rock of the Grand Canyon. And, for once, he may have actually found what he seeks. Then the trip takes a nasty turn, and the cave begins turning against them in mysterious ways.

Nolan's story becomes one of survival against seemingly impossible odds. The only way out is to answer a series of intriguing questions: What is this strange cave? How has it remained hidden for so long? And what secret does it conceal that made its last visitors attempt to seal it forever?

Michael Rutger is an acclaimed short story writer whose work has been optioned by major Hollywood studios. He lives in California with his wife, son, and two cats.

"THE ANOMALY simmers... Intriguing [and] never predictable.... will appeal to fans of exploration and survival along with 'The X-Files' crowd."—Associated Press

"Fans of the paranormal thrillers of Douglas Preston and Lincoln Child will relish this superior debut from screenwriter Rutger, who makes the fantastic seem less so by dint of his self-aware, flawed lead and his ability to inject gallows humor into tense situations. Rutger milks every ounce of suspense from his plot."—Publishers Weekly (starred, boxed review)

"This is my kind of book. The suspense mounts slowly... slowly... Then the horror lingers for a long, long time."—R. L. Stine, New York Times bestselling author of the Goosebumps and Fear Street series

"THE ANOMALY crackles with claustrophobic tension that had me holding my breath. I couldn't sleep until I'd finished reading, and then I couldn't sleep just thinking about it. I loved it. Michael Rutger is here to stay."—Sarah Pinborough, New York Times bestselling author of BEHIND HER EYES

"Mixing a brisk and engaging narrative with strongly developed characters, Rutger deftly depicts the claustrophobic depths explored by the endangered expedition. The Anomaly should appeal to fans of The X-Files or Fringe as well as anyone looking for an enjoyable tale."—Booklist

"THE ANOMALY is my type of story -- terrific writing from a confident storyteller. What more could you want? Sure to be in the mix with the best thrillers of the year, it's a thrilling and haunting read from first page to last."—Michael Koryta, New York Times bestselling author of HOW IT HAPPENED and THOSE WHO WISH ME DEAD

"With witty writing, sharp characterizations and a killer premise, THE ANOMALY is escapist fun perfectly tuned to our age of conspiracy theories and alternative facts."—Thomas Mullen, author of DARKTOWN