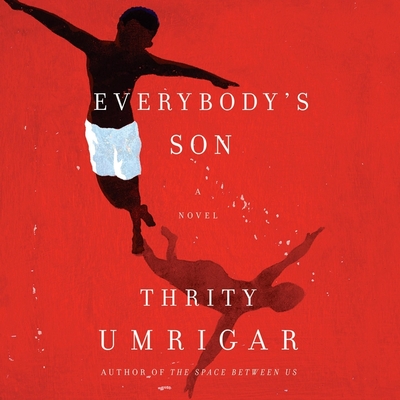 The bestselling, critically acclaimed author of The Space Between Us and The World We Found deftly explores issues of race, class, privilege, and power and asks us to consider uncomfortable moral questions in this probing, ambitious, emotionally wrenching novel of two families--one black, one white.

During a terrible heat wave in 1991--the worst in a decade--ten-year-old Anton has been locked in an apartment in the projects, alone, for seven days, without air conditioning or a fan. With no electricity, the refrigerator and lights do not work. Hot, hungry, and desperate, Anton shatters a window and climbs out. Cutting his leg on the broken glass, he is covered in blood when the police find him.

Juanita, his mother, is discovered in a crack house less than three blocks away, nearly unconscious and half-naked. When she comes to, she repeatedly asks for her baby boy. She never meant to leave Anton--she went out for a quick hit and was headed right back, until her drug dealer raped her and kept her high. Though the bond between mother and son is extremely strong, Anton is placed with child services while Juanita goes to jail.

The Harvard-educated son of a US senator, Judge David Coleman is a scion of northeastern white privilege. Desperate to have a child in the house again after the tragic death of his teenage son, David uses his power and connections to keep his new foster son, Anton, with him and his wife, Delores--actions that will have devastating consequences in the years to come.

Following in his adopted family's footsteps, Anton, too, rises within the establishment. But when he discovers the truth about his life, his birth mother, and his adopted parents, this man of the law must come to terms with the moral complexities of crimes committed by the people he loves most.