A Book about the Film Monty Python's The Meaning of Life: All the References from Americans to Zulu Nation (Hardcover) 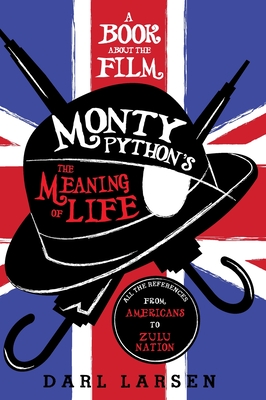 This reference identifies and explains the cultural, historical, and topical allusions in the film Monty Python's Meaning of Life, the Pythons' third and final original feature as a complete group. In this resource, virtually every allusion and reference that appears in the film is identified and explained -from Britain's waning Empire through the Winter of Discontent to Margaret Thatcher's second-term mandate, from playing fields to battle fields, and from accountant pirates to sacred sperm. Organized chronologically by scene, the entries cover literary and metaphoric allusions, symbolisms, names, peoples, and places; as well as the many social, cultural, and historical elements that populate this film, and the Pythons' work in general.

Darl Larsen is professor in the Media Arts department and the Center for Animation at Brigham Young University, where he teaches film and animation studies and screenwriting. He is the author of Monty Python, Shakespeare, and English Renaissance Drama (2003), Monty Python's Flying Circus: An Utterly Complete, Thoroughly Unillustrated, Absolutely Unauthorized Guide to Possibly All the References (2013), A Book about the Film Monty Python and the Holy Grail (2015), and A Book about the Film Monty Python's Life of Brian (2018).