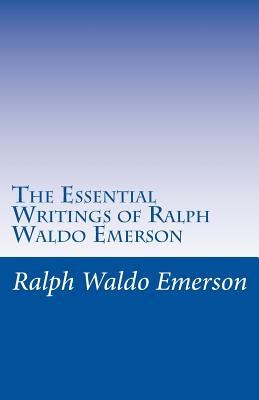 Ralph Waldo Emerson was an American essayist, lecturer, and poet who led the Transcendentalist movement of the mid 19th century. He was seen as a champion of individualism and a prescient critic of the countervailing pressures of society, and he disseminated his thoughts through dozens of published essays & correspondence and more than 1,500 public lectures and speeches across the United States. Ralph Waldo Emerson's essays & correspondence and speeches encompasses a number of subjects, never espousing fixed philosophical tenets, but developing certain ideas such as individuality, freedom, the ability of humankind to realize almost anything, and the relationship between the soul and the surrounding world. Ralph Waldo Emerson wrote most of his important essays as lectures and speeches first, then revised them for print. His most famous collections of essays are contained in this volume and they were originally published in the 1840's 1841. In addition to twelve classic Ralph Waldo Emerson essays, this anthology volume also inludes Waldo's Second Series and represents the core of Ralph Waldo Emerson's thinking. This anthology volume, titled The Essential Writings of Ralph Waldo Emerson, includes Waldo's well known essays; Self-Reliance, History, Spiritual Laws, Love, and friendship just to name a few. Whether derived from an Emerson speech, lecture, essay, or correspondence, this edition of Ralph Waldo Emerson's work is an invaluable literature compilation.