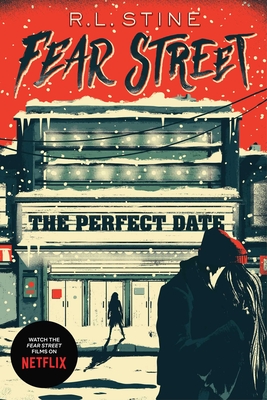 A grieving teen’s past comes back to haunt him in this chilling installment in R.L. Stine’s bestselling Fear Street series—now with a fresh new look!

Brady Karlin is getting on with his life. The memory of his girlfriend—killed in a gruesome sledding accident last year—is beginning to fade. Now he’s met Rosha Nelson, the girl of his dreams. And he’s never been happier.

Until Brady starts to see a strange figure with a terribly scarred face following him everywhere. And horrible accidents start happening every time Rosha’s around.

Has dating Rosha made Brady’s dreams come true? Or brought his worst nightmares to life?
R.L. Stine invented the teen horror genre with Fear Street, the bestselling teen horror series of all time. He also changed the face of children’s publishing with the mega-successful Goosebumps series, which went on to become a worldwide multimedia phenomenon. Guinness World Records cites Stine as the most prolific author of children’s horror fiction novels. He lives in New York City with his wife, Jane, and their dog, Lucky.