Tweak: Growing Up on Methamphetamines (Paperback) 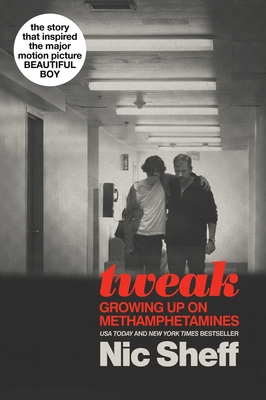 Tweak: Growing Up on Methamphetamines (Paperback)

This New York Times bestselling memoir of a young man’s addiction to methamphetamine tells a raw, harrowing, and ultimately hopeful tale of the road from relapse to recovery.

Nic Sheff was drunk for the first time at age eleven. In the years that followed, he would regularly smoke pot, do cocaine and Ecstasy, and develop addictions to crystal meth and heroin. Even so, he felt like he would always be able to quit and put his life together whenever he needed to. It took a violent relapse one summer in California to convince him otherwise. In a voice that is raw and honest, Nic spares no detail in telling us the compelling, heartbreaking, and true story of his relapse and the road to recovery. As we watch Nic plunge into the mental and physical depths of drug addiction, he paints a picture for us of a person at odds with his past, with his family, with his substances, and with himself. It's a harrowing portrait—but not one without hope.
Nic Sheff is the author of two memoirs about his struggles with addiction: the New York Times bestselling Tweak: Growing Up on Methamphetamines and We All Fall Down: Living with Addiction. Nic lives in Los Angeles, California where he writes for film and television.