God and Mammon - With an Excerpt from The Economic Philosophies, 1941 by Ratish Mohan Agrawala (Paperback) 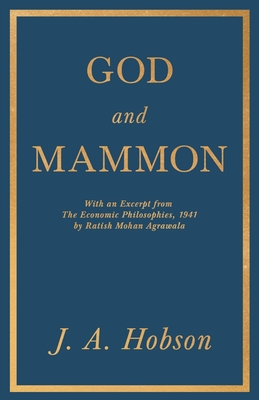 By J. A. Hobson, Ratish Mohan Agrawala (Notes by)
$11.99
Not on our shelves at the moment, but we will order it for you.
(This book cannot be returned.)

First published in 1931, "God and Mammon" is an attempt to analyse the relationship between economics and religion by Indian writer and political scientist Ratish Mohan Agrawala. Beginning with the origins of the conflicts and compromises between the two in the life of primitive man, this fascinating volume explores in detail how religion has shaped economics and vice verse throughout the ages until modern day. A fascinating treatise not to be missed by those with an interest in religion and economic history and philosophy. Contents include: "Economics in Primitive Religion", "Catholicism and Economic Life", "Protestantism and Business", and "The Churches and Modern Economic Movements". John Atkinson Hobson (1858-1940) was an English social scientist and economist most famous for his writing on imperialism-which notably influenced Vladimir Lenin-as well as his theory of underconsumption. His early work also questioned the classical theory of rent and predicted the Neoclassical ""marginal productivity"" theory of distribution. Other notable works by this author include: "Roads To Freedom And Slavery", "The Hindu-Muslim Riots Their Causes And Cures", and "The Economic Philosophies". This classic work is being republished now in a new edition complete with an excerpt from Agrawala's "The Economic Philosophies" (1941).