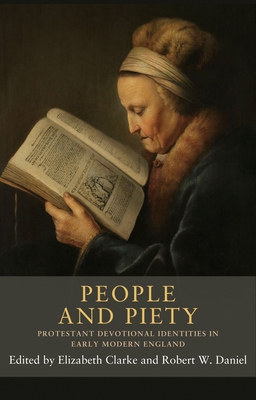 
Ships quickly (1-7 days)
This international and interdisciplinary volume investigates Protestant devotional identities in sixteenth- and seventeenth-century England. Divided into two sections, the book examines the 'sites' where these identities were forged - the academy, printing house, household, theatre and prison - and the 'types' of texts that expressed them - spiritual autobiographies, religious poetry and writings tied to the ars moriendi - providing a broad analysis of social, material and literary forms of devotion during England's Long Reformation. Through archival and cutting-edge research, a detailed picture of 'lived religion' emerges, which re-evaluates the pietistic acts and attitudes of well-known and recently discovered figures. To those studying and teaching religion and identity in early modern England, and anyone interested in the history of religious self-expression, these chapters offer a rich and rewarding read.
Elizabeth Clarke is Professor Emeritus in English and Comparative Literary Studies at the University of WarwickRobert W. Daniel is Associate Tutor in English at the University of Warwick