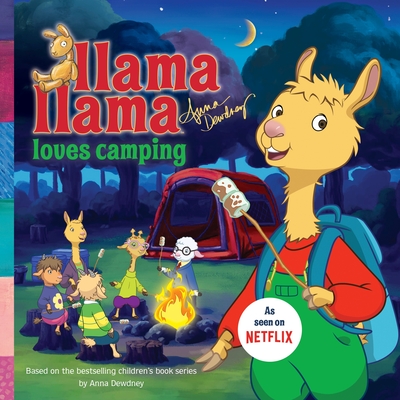 By Anna Dewdney (Created by)


Ships quickly (1-7 days)
Based on an episode of Llama Llama's animated Netflix series, this book is all about one of the most fun activities for little llamas (and kids): camping!

Look out, world--Llama Llama is a TV star! The beloved character, made famous by Anna Dewdney's best-selling picture books, is the star of his own original series, now airing on Netflix. In this episode-based 8x8, Llama Llama goes camping for the very first time and learns a valuable lesson: what seems scary can actually be super-duper FUN! Your little llamas will love relating to their favorite picture book character as he faces new and challenging situations.
Anna Dewdney was a teacher, mother, and enthusiastic proponent of reading aloud to children. She continually honed her skills as an artist and writer and published her first Llama Llama book in 2005. Her passion for creating extended to home and garden and she lovingly restored an eighteenth-century farmhouse in southern Vermont. She wrote, painted, gardened, and lived there with her partner, Reed, her two daughters, two wirehaired pointing griffons, and one bulldog. Anna passed away in 2016, but her spirit will live on in her books.