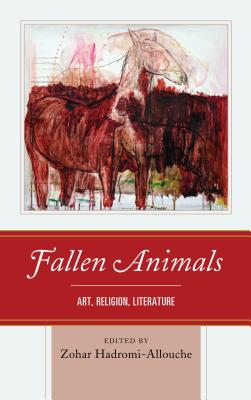 
Ships quickly (1-7 days)
The premise of Fallen Animals is that some how and in some way The Fall of Adam and Eve as related in the Bible has affected all living beings from the largest to the smallest, from the oldest to the youngest, regardless of gender and geography. The movement from the blissful arena of the Garden of Eden to the uncertain reality of exile altered in an overt or nuanced fashion the attitudes, perceptions, and consciousness of animals and humanity alike. Interpretations of these reformulations as well as the original story of the Paradise Garden have been told and retold for millennia in a variety of cultural contexts, languages, societies, and religious environments. Throughout all those retellings, animals have been a constant presence positively and negatively, actively and passively, from the creation of birds, fish, and mammals to the agency of the serpent in the Fall narrative. The serpent in the Garden of Eden is but one example of the ambivalence which has characterized the human-animal relationship over the centuries, both across, and within, cultures, societies and traditions. The book examines the interpretations, functions and interactions of the Fall -- physical, moral, artistic and otherwise -- as represented through animals, or through human-animal interactions.
Zohar Hadromi-Allouche is lecturer in religious studies and Islam at the University of Aberdeen.