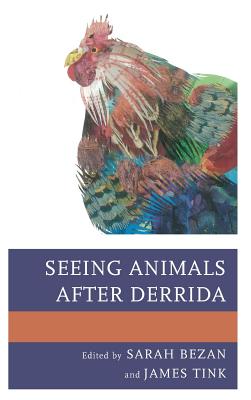 
Ships quickly (1-7 days)
This volume charts a new course in animal studies that re-examines Jacques Derrida's enduring thought on the visualization of the animal in his seminal Cerisy Conference from 1997, The Animal That Therefore I Am. Building new proximities with the animal in and through - and at times in spite of - the visual apparatus, Seeing Animals after Derrida investigates how the recent turn in animal studies toward new materialism, speculative realism, and object-oriented ontology prompts a renewed engagement with Derrida's animal philosophy. In taking up the matter of Derrida's treatment of animality for the current epoch, the contributors to this book each present a case for new philosophical approaches and aesthetic paradigms that challenge the ocularcentrism of Western culture.
Sarah Bezan is PhD candidate in English at the University of Alberta. James Tink is associate professor in the Department of English Literature at Tohoku University, Sendai.