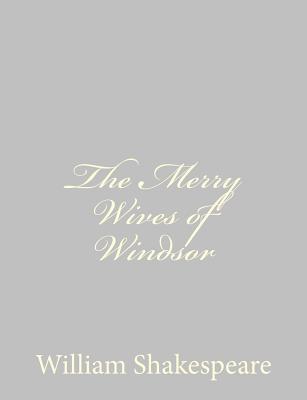 According to legend, Queen Elizabeth I was so delighted with the character of Sir John Falstaff in "Henry IV, " Parts I and II, that she commanded Shakespeare to create a romantic comedy depicting the jolly old rogue in love. The obedient playwright responded with "The Merry Wives of Windsor, " a lively and enduring farce that offers a humorous rebuff to lechery and hypocrisy.Falstaff, whose greed and vanity overwhelm his good sense, determines to seduce a pair of well-to-do country housewives. The portly knight meets his match among the gentlewomen of Windsor, however, who counter his every stratagem with witty maneuvers of their own that expose Sir John's tomfoolery to public mirth. Familiar Shakespearean themes and devices--romance, jealousy, disguises, and mistaken identities--enrich the plot, along with a sparkling cast of supporting characters, including rival wooers, informers, and witty go-betweens.
This madcap romp has been a favorite of readers and playgoers for over 400 years. Students, teachers, and all lovers of literature and drama will appreciate this inexpensive edition of an ageless comic gem.

"He was not of an age, but for all time," declared Ben Jonson of his contemporary William Shakespeare (1564-1616). Jonson's praise is especially prescient, since at the turn of the 17th century Shakespeare was but one of many popular London playwrights and none of his dramas were printed in his lifetime. The reason so many of his works survive is because two of his actor friends, with the assistance of Jonson, assembled and published the First Folio edition of 1623.