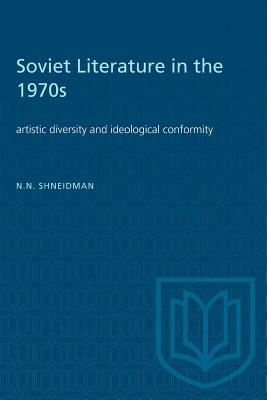 The opening chapter examines recent trends and the relationship between literary theory and practice, particularly in the light of the broadening horizons of official 'socialist realism.' Shneidman traces the creative development of six of the most gifted and popular Russian prose writers of the decade, emphasizing their publications of the 1970sand their diverse themes and styles. Sergei Zalygin sets his work in the revolutionary past, Vasil' Bykov and Iurii Bondarev write on war themes. Iurii Trifonov depicts the ordinary life of the city intelligentsia. Valentin Rasputin's stories are concerned with the fate of the Siberian peasant. Chingiz Aitmatov deals with problems of universal significance in a Kirghiz setting.

This book recognizes the difficulties faced by contemporary creative writers in the USSR, and reflects the intellectual, ideological, and political atmosphere in which they work.