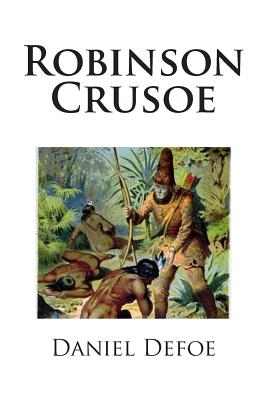 
Ships quickly (1-7 days)
(This book cannot be returned.)
Robinson Crusoe is a novel by Daniel Defoe that was first published in 1719. The book is a fictional autobiography of the title character-a castaway who spends 28 years on a remote tropical island near Trinidad, encountering cannibals, captives, and mutineers before being rescued.
Daniel Defoe (ca. 1660 - 24 April 1731), born Daniel Foe, was an English trader, writer, journalist, pamphleteer and spy, who gained fame for his novel Robinson Crusoe. Defoe is notable for being one of the earliest proponents of the novel, as he helped to popularise the form in Britain, and, along with others such as Samuel Richardson, is among the founders of the English novel. A prolific and versatile writer, he wrote more than 500 books, pamphlets and journals on various topics (including politics, crime, religion, marriage, psychology and the supernatural). He was also a pioneer of economic journalism.