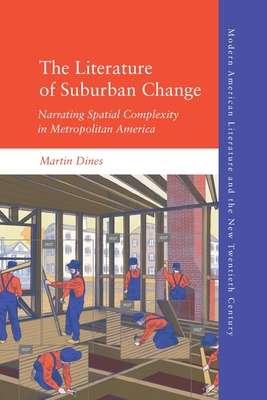 Explores how American writers articulate the complexity of twentieth-century suburbia

The Literature of Suburban Change examines the diverse body of cultural material produced since 1960 responding to the defining habitat of twentieth-century USA: the suburbs. Martin Dines analyses how writers have innovated across a range of forms and genres - including novel sequences, memoirs, plays, comics and short story cycles - in order to make sense of the complexity of suburbia. Drawing on insights from recent historiography and cultural geography, Dines offers a new perspective on the literary history of the US suburbs. He argues that by giving time back to these apparently timeless places, writers help reactivate the suburbs, presenting them not as fixed, finished and familiar but rather as living, multifaceted environments that are still in production and under exploration.