The Correspondence of Ezra Pound and the Frobenius Institute, 1930-1959 (Modernist Archives) (Hardcover) 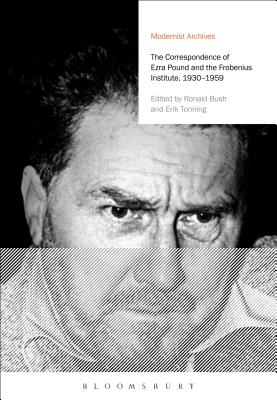 Collecting in full for the first time the correspondence between Ezra Pound and members of Leo Frobenius' Forschungsinstitut f r Kulturmorphologie in Frankfurt across a 30 year period, this book sheds new light on an important but previously unexplored influence on Pound's controversial intellectual development in the Fascist era.

Ezra Pound's long-term interest in anthropology and ethnography exerted a profound influence on early 20th century literary Modernism. These letters reveal the extent of the influence of Frobenius' concept of 'Paideuma' on Pound's poetic and political writings during this period and his growing engagement with the culture of Nazi Germany. Annotated throughout, the letters are supported by contextualising essays by leading Modernist scholars as well as relevant contemporary published articles by Pound himself and his leading correspondent at the Institute, the American Douglas C. Fox.

Ronald Bush is Drue Heinz Professor of American Literature at St John's College, University of Oxford, UK. His previous publications include The Genesis of Ezra Pound's Adams Cantos (1992) and, with Elazar Barkan Prehistories of the Future: Primitivist Project and the Culture of Modernism (1996). Erik Tonning is Professor of British Literature and Culture at the University of Bergen, Norway. He is co-editor of the Modernist Archives series and the Historicizing Modernism series, both published by Bloomsbury.