Rise of the Warrior Cop: The Militarization of America's Police Forces (Compact Disc) 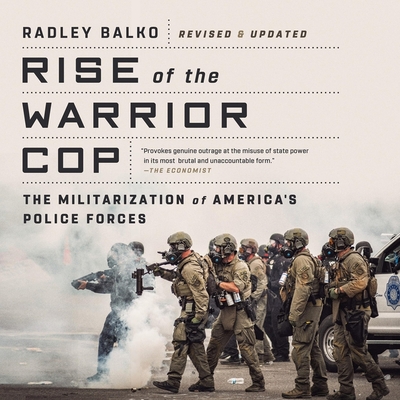 The American approach to law enforcement was forged by the experience of revolution. Emerging as they did from the shadow of British rule, the country's founders would likely have viewed police as they exist today as a standing army and therefore a threat to liberty. Even so, excessive force and disregard for the Bill of Rights have become epidemic in America today. According to civil liberties reporter Radley Balko, these are all symptoms of a generation-long shift to increasingly aggressive, militaristic, and arguably unconstitutional policing-one that would have shocked the conscience of America's founders.

Rise of the Warrior Cop traces the arc of US law enforcement from the constables and private justice of colonial times to present-day SWAT teams and riot cops. Today relentless war on drugs and war on terror pronouncements from politicians, along with battle-clad police forces with tanks and machine guns, have dangerously blurred the distinction between cop and soldier. Balko's fascinating, frightening narrative shows how martial rhetoric and reactionary policies have put modern law enforcement on a collision course with the values of a free society.