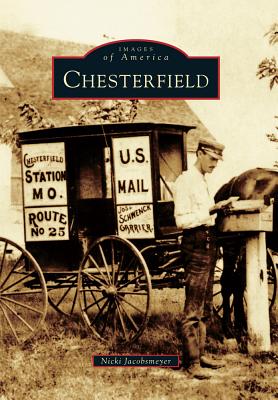 
Special Order
Arriving in 1815 by boat at Howell's Landing off the Missouri River was Chesterfield's founder, Col. Justus Post. Chesterfield, Missouri, is a distinct city because it did not grow from a single named community like most. It was once six separate towns, each with its own post office. The history of these communities and families that lived in them interweave to make a remarkable story that still lives on in the city of Chesterfield. Since the beginning, the town has strived to serve its community with exceptional schools, places of worship, public services, and businesses. The railroad, steamboats, and later the airport aided the economy, and the city began to thrive. Chesterfield became incorporated in 1988 with the support of many, including the chamber of commerce, businesses, renowned schools, and dedicated citizens. The city continues to grow because of the seeds that were planted over two centuries ago. The rich history is embedded in the people, streets, and buildings that stand today.