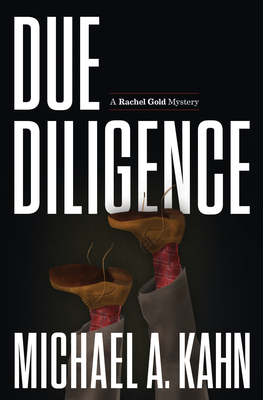 This is book number 4 in the Rachel Gold Mysteries series.

Quite definitely addictive . . . a must-read, written with wit and humor and peopled with multidimensional characters. What more could a reader ask for? --Mary Balogh, New York Times bestselling author

The phone call Rachel Gold received from a nervous CPA almost seemed routine. Rosenthal wanted to meet with her to discuss something confidential about a corporate merger. Hardly an unusual request of a lawyer. But Rosenthal never made it to the meeting--and when his corpse is discovered, it was clear he had died under circumstances too bizarre to believe. Having never even met the murdered CPA, Rachel is willing to let the police try to close the case. But that all changes with the next victim--someone so dear to Rachel that the hunt for the killer becomes her personal vendetta.

What lethal facts did the slain accountant find buried in the books of Armstrong Bioproducts while doing the pre-merger due diligence? Was there any connection between that pharmaceutical company and the presidential campaign of Rachel's political hero, Dr. Douglas Armstrong? Armstrong, the founder of Armstrong Bioproducts, is now the junior senator from Missouri. And what was the significance, if any, of the yellowed typewritten lists of names of residents of two St. Louis nursing homes that had gone out of business decades earlier?

Teaming up again with her best friend, Benny Goldberg, Rachel seeks her own measure of vengeance. As other corpses show up, her pursuit will take her from the upper strata of St. Louis society to the elaborate network of limestone caves far beneath the streets of St. Louis, where the answers to the mystery--along with the murderers themselves--await her arrival.