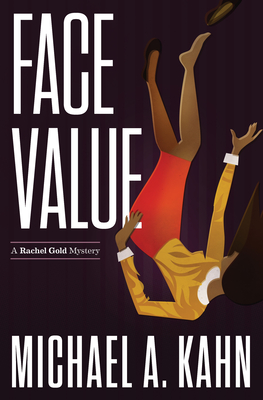 This is book number 9 in the Attorney Rachel Gold Mysteries series.

"Rachel's fans will enjoy her latest case, which highlights the consequences of greed as well as the abilities of the disabled." —Booklist

As St. Louis attorney Rachel Gold knows firsthand, the demands of the profession can take a toll on young lawyers. Some turn to drugs, some give up the job and occasionally one gives up altogether. According to the medical examiner, Sari Bashir belongs in the latter category. After she fell from the eighth floor of the downtown garage, the police rule her death a suicide and move on.

However, Stanley Plotkin, the law firm's eccentric mailroom clerk, is sure that Sari was murdered. Stanley, a genius afflicted with Asperger's Syndrome, cannot read emotions from other's facial expressions. To compensate, he studies the voluminous facial action coding system to help him navigate social situations. His mastery of that system has convinced him that Sari was not suicidal. Armed with evidence that only he can see, he turns to Rachel for help. While Sari was her friend, she's reluctant to investigate before an impassioned plea from Sari's grieving father convinces her. With the help of some unlikely allies, Rachel begins uncovering a vast criminal enterprise rife with collateral damage—and Sari's death is only the beginning…


"Ample humor and skillful dialogue—about legal, financial, and scientific matters—are a plus, as is the expertly evoked St. Louis locale." — Publishers Weekly

"Rachel’s fans will enjoy her latest case, which highlights the consequences of greed as well as the abilities of the disabled." — Booklist