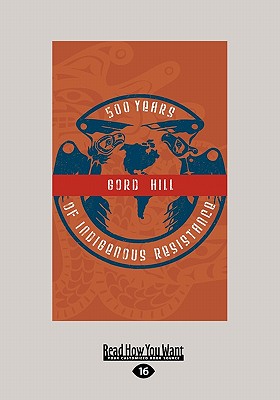 An alternative and unorthodox view of the colonization of the Americas by Europeans is offered in this concise history. Eurocentric studies of the conquest of the Americas present colonization as a civilizing force for good, and the native populations as primitive or worse. Colonization is seen as a mutually beneficial process, in which ''civilization'' was brought to the natives who in return shared their land and cultures. The opposing historical camp views colonization as a form of genocide in which the native populations were passive victims overwhelmed by European military power. In this fresh examination, an activist and historian of native descent argues that the colonial powers met resistance from the indigenous inhabitants and that these confrontations shaped the forms and extent of colonialism. This account encompasses North and South America, the development of nation-states, and the resurgence of indigenous resistance in the post-World War II era.