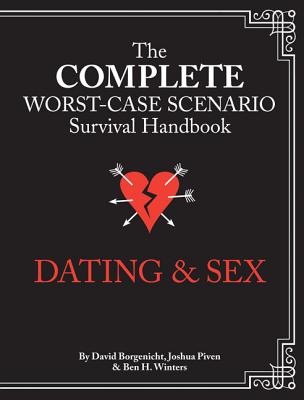 Blind dates, bad kissers, breakup texts, nightmare hook ups—it's a jungle out there! Luckily, the authors of the bestselling Worst-Case Scenario series have created the most comprehensive handbook for surviving the wilds d'amour through every phase of a relationship, from courting and getting hitched to breaking up and moving on. Collecting hundreds of the best of the worst dating and sex scenarios from across the 27-book series—and featuring dozens of new entries—this bedside bible of illustrated, expert advice on romantic and not-so-romantic disasters will keep readers amused and safe in equal measure. Also including an appendix of pickup lines to avoid (or use), handy excuses, guide to body language, an "It's Not You, It's Me" letter template, and more.