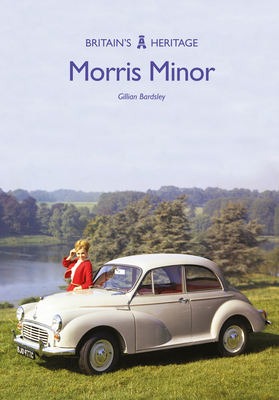 By Gillian Bardsley
This book might be hard to find. Ask a bookseller for more information.
Backordered

At its launch in 1948 the Morris Minor was an exciting and fresh concept, with radical engineering and daring 'American' styling. Morris Motors had given a young engineer named Alec Issigonis his first chance to head up a design team and, though he would become most famous for the Mini ten years later, the Morris Minor was just as innovative in its time. Manufactured for twenty-three years, some 1.6 million would be made before production ended in 1972. Behind the Minor's success as the first British car to reach 1 million sold, however, there was a fierce battle to get it into production in the face of opposition from the company's founder and chairman, Lord Nuffield. Sold as an estate car, a convertible and a van, and used in motor racing and rallying, the versatile Morris Minor was much loved as a production car and has retained its popularity as a classic, with many clubs devoted to keeping it on the road. Using period illustrations from the BMC archive, Gillian Bardsley tells the story of this iconic British car. This book is part of the Britain's Heritage series, which provides definitive introductions to the riches of Britain's past, and is the perfect way to get acquainted with the Morris Minor in all its variety.