Mutual Radicalization: How Groups and Nations Drive Each Other to Extremes (Paperback) 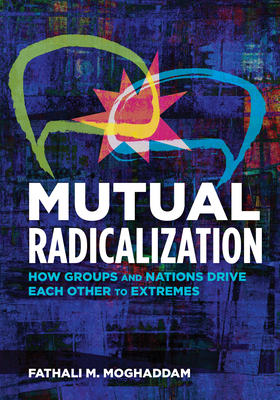 Also by the author, Threat to Democracy: The Appeal of Authoritarianism in an Age of Uncertainty, a timely read for our current political environment, which was mentioned on NPR Marketplace Tech. Radicalization has become a serious global problem. Groups and nations are increasingly embroiled in escalating conflicts with one another that are defined by pathological hatred and ideological polarization, with devastating consequences including terrorism and war. Social psychologist Fathali M. Moghaddam calls this process mutual radicalization. In this groundbreaking book, he explores its causes and potential solutions. Drawing from well-established psychological principles, Moghaddam presents a dynamic, cyclical three-stage model of mutual radicalization that explains how groups gather under extremist ideologies, establish rigid norms under authoritarian leadership, and develop antagonistic worldviews that exaggerate the threats posed by each other. This process leads to intensifying aggressive actions that can even reach the point of mutual destruction. Moghaddam applies his model to ten real-world case studies of mutual radicalization that focus on three main areas: the conflict between Islamist radicals and extreme nationalists in the West; nations that are mired in longstanding hostilities, including North Korea and South Korea; and the increasingly toxic atmosphere in American politics. Moghaddam also offers practical solutions for achieving deradicalization and highlights historical successes, such as German reunification.