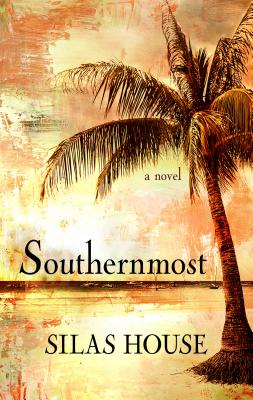 By Silas House
This book might be hard to find. Ask a bookseller for more information.
Out of Print

“Asher, a rural evangelical preacher in Tennessee, welcomes two gay men into his congregation after a flood washes away most of his town. His change of heart results in him being ousted from his church and losing custody of his son in the midst of an ugly divorce. Unable to stand the separation from his boy, he steals him away and flees to Key West in search of his estranged brother. Living on the run, Asher must learn how to make peace with the past as he discovers a new way of living and thinking. Silas House’s writing is captivating and honest and proves how different ways of life can coexist and even combine to create something cohesive and meaningful.  ”
— Carl Kranz, The Fountain Bookstore, Richmond, VA

When a flood washes away much of a small community in Tennessee, evangelical preacher Asher Sharp sees life anew. He'd lost a brother for being unable to embrace his coming out. Now he tries to offer shelter to two gay men, but his wife objects. Furious, Asher delivers a sermon defending gay rights and loses his job, his wife, and custody of his son, Justin. So he kidnaps Justin and heads to Key West, where he thinks his estranged brother lives.