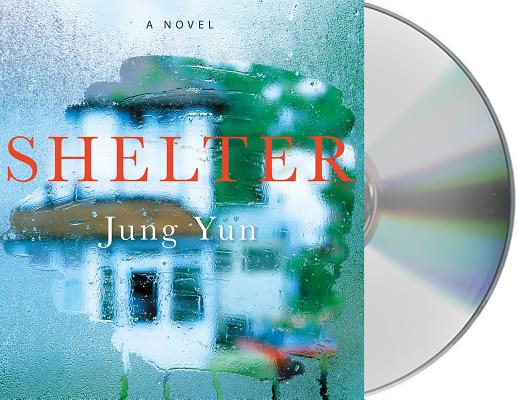 By Jung Yun, Raymond Lee (Read by)
This book might be hard to find. Ask a bookseller for more information.
Backordered

“Shelter is the perfect example of that extraordinary kind of story that careens down a path toward a conclusion that feels somehow both completely surprising and totally inevitable. Kyung Cho is a young father whose anxiety over present financial concerns couples with damage from past traumas to inhabit every breath he takes. His precarious equilibrium is shattered when his parents are the victims of a cruel act of violence and he is called upon to react with a compassion and forgiveness that he may not possess. This novel is a dark and moving portrait of a family and what it ultimately means to love.”
— Mary Cotton, Newtonville Books, Newton, MA

You can never know what goes on behind closed doors.

Kyung Cho is a young father burdened by a house he can’t afford. For years, he and his wife, Gillian, have lived beyond their means. Now their debts and bad decisions are catching up with them, and Kyung is anxious for his family’s future.

A few miles away, his parents, Jin and Mae, live in the town’s most exclusive neighborhood, surrounded by the material comforts that Kyung desires for his wife and son. Growing up, they gave him every possible advantage—private tutors, expensive hobbies—but they never showed him kindness. Kyung can hardly bear to see them now, much less ask for their help. Yet when an act of violence leaves Jin and Mae unable to live on their own, the dynamic suddenly changes, and he’s compelled to take them in. For the first time in years, the Chos find themselves living under the same roof. Tensions quickly mount as Kyung’s proximity to his parents forces old feelings of guilt and anger to the surface, along with a terrible and persistent question: how can he ever be a good husband, father, and son when he never knew affection as a child?

As Shelter veers swiftly toward its startling conclusion, Jung Yun leads us through dark and violent territory, where, unexpectedly, the Chos discover hope. Shelter is a masterfully crafted debut that asks what it means to provide for one's family and, in answer, delivers a story as riveting as it is profound.

JUNG YUN was born in South Korea, grew up in North Dakota, and educated at Vassar College, the University of Pennsylvania, and University of Massachusetts at Amherst. Her work has appeared in Tin House (the “Emerging Voices” issue); The Best of Tin House: Stories, edited by Dorothy Allison; and The Massachusetts Review; and she is the recipient of two Artist Fellowships in fiction from the Massachusetts Cultural Council and an honorable mention for the Pushcart Prize. Currently, she lives in Baltimore with her husband and serves as an Assistant Professor of English at the George Washington University.