The Nature of the Beast: A Chief Inspector Gamache Novel (CD-Audio) 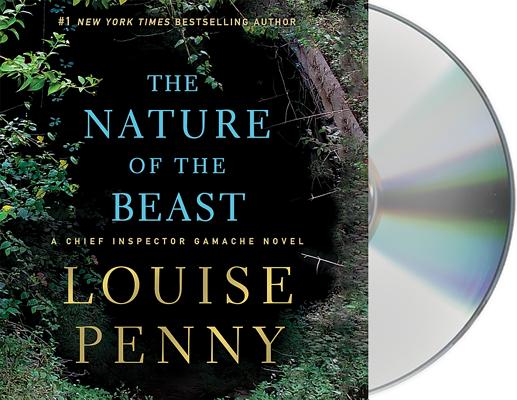 The Nature of the Beast: A Chief Inspector Gamache Novel (CD-Audio)

This is book number 11 in the Chief Inspector Gamache Novel series.

“Penny scores again with this story of the struggle between the forces of good and evil in the tiny Canadian village of Three Pines. Retired homicide chief Armand Gamache must use all of his detective skills and worldly wisdom to solve the murder of a young boy, an investigation that uncovers a threat to global security. The eccentric citizens of this remote outpost add their own color and knowledge to the unraveling of this complex mystery. This book is a pure delight!”
— Sarah Pease (E), Buttonwood Books & Toys, Cohasset, MA

Hardly a day goes by when nine year old Laurent Lepage doesn't cry wolf. From alien invasions, to walking trees, to winged beasts in the woods, to dinosaurs spotted in the village of Three Pines, his tales are so extraordinary no one can possibly believe him. Including Armand and Reine-Marie Gamache, who now live in the little Quebec village.

But when the boy disappears, the villagers are faced with the possibility that one of his tall tales might have been true.

And so begins a frantic search for the boy and the truth. What they uncover deep in the forest sets off a sequence of events that leads to murder, leads to an old crime, leads to an old betrayal. Leads right to the door of an old poet.

And now it is now, writes Ruth Zardo. And the dark thing is here.

A monster once visited Three Pines. And put down deep roots. And now, Ruth knows, it is back.

Armand Gamache, the former head of homicide for the Sûreté du Québec, must face the possibility that, in not believing the boy, he himself played a terrible part in what happens next.

LOUISE PENNY is the author of the #1 New York Times, USA Today, and Globe and Mail bestselling series of Chief Inspector Armand Gamache novels, and coauthor with Hillary Rodham Clinton of the #1 New York Times bestselling thriller State of Terror. She has won numerous awards, including a CWA Dagger and the Agatha Award (seven times), and was a finalist for the Edgar Award for Best Novel. In 2017, she received the Order of Canada for her contributions to Canadian culture. Louise lives in a small village south of Montréal.