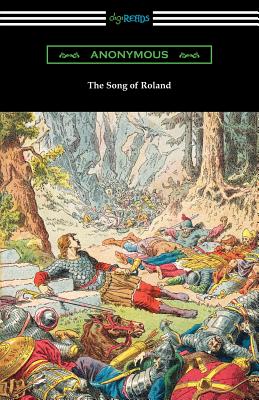 In the year 778 A.D., Charles the Great, King of the Franks, returned from a military expedition into Spain, whither he had been led by opportunities offered through dissensions among the Saracens who then dominated that country. On the 15th of August, while his army was marching through the passes of the Pyrenees, his rear-guard was attacked and annihilated by the Basque inhabitants of the mountains, in the valley of Roncesvaux. About this disaster many popular songs, it is supposed, soon sprang up; and the chief hero whom they celebrated was Hrodland, or Roland, Count of the Marches of Brittany. By the latter part of the eleventh century, when the form of "The Song of Roland" which we now possess was probably composed, the historical germ of the story had almost disappeared under the mass of legendary accretion. Charlemagne, who was a man of thirty-six at the time of the actual Roncesvaux incident, has become in the poem an old man with a flowing white beard, credited with endless conquests; the Basques have disappeared, and the Saracens have taken their place; the defeat is accounted for by the invention of the treachery of Ganelon; the expedition of 777-778 has become a campaign of seven years; Roland is made the nephew of Charlemagne, leader of the twelve peers, and is provided with a faithful friend Oliver, and betrothed, Alda. Simple almost of bareness in style, without subtlety or high imagination, "The Song of Roland" is yet not without grandeur; and its patriotic ardor gives it a place as the earliest of the truly national poems of the modern world. This edition follows the translation of John O'Hagan and is printed on premium acid-free paper.