The Oresteia: Agamemnon, The Libation Bearers, and The Eumenides (Translated by E. D. A. Morshead with an introduction by Theodore A (Paperback) 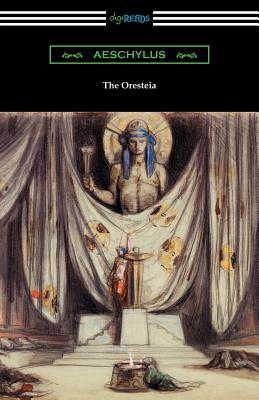 The importance of Aeschylus in the development of drama cannot be overstated. Before him tragedy had consisted of the chorus and one actor; and by introducing a second actor, expanding the dramatic dialogue, and reducing the lyrical parts, he practically created Greek tragedy as we know it. Like other writers of his time, he acted in his own plays, and trained the chorus in their dances and songs; and did much to improve the performances by his development of scene and costume on the stage. "The Oresteia" is Aeschylus most famous work, a trilogy of dramas that includes "Agamemnon," "The Libation Bearers," and "The Eumenides." In the first work of the trilogy, Agamemnon, King of Argos, is returning home from the Trojan War. Clytemnestra, his wife, awaits his return by planning his murder. She is angry for the murder of their first born daughter, Iphigenia, which Agamemnon has sacrificed in order to appease the goddess Artemis. The second drama, "The Libation Bearers," is concerned with the revenge by Agamemnon's children, Electra and Orestes, against Clytemnestra, for the murder of their father. The final play in the trilogy, "The Eumenides," details the trial of Orestes for the murder of his mother. This collection of dramas brilliantly deals with the themes of revenge and justice and stands to this day as one of the most important collection of works from classical antiquity. This edition is printed on premium acid-free paper, includes an introduction by Theodore Alois Buckley, and follows the verse translations of E. D. A. Morshead.