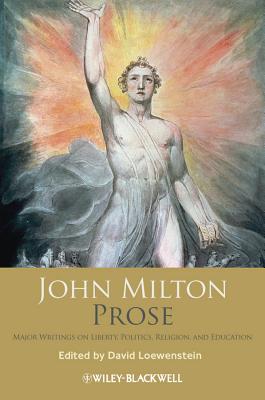 Regarded by many as the equal of Shakespeare in poetic imagination and expression, Milton was also a prolific writer of prose, applying his potent genius to major issues of domestic, religious and political liberty. This superbly annotated new publication is the most authoritative single-volume anthology yet of Milton's major prose works.

David Loewenstein is Helen C. White Professor of English and the Humanities at the University of Wisconsin-Madison, USA. His books include Representing Revolution in Milton and his Contemporaries: Religion, Politics, and Polemics in Radical Puritanism (2001), which received the Milton Society of America's James Holly Hanford Award for Distinguished Book. He is the author of Treacherous Faith: The Specter of Heresy in Early Modern English Literature and Culture (2013). He has co-edited The Cambridge History of Early Modern English Literature (2002), Early Modern Nationalism and Milton's England (2008), and The Complete Works of Gerrard Winstanley (2009). He is an Honored Scholar of the Milton Society of America.