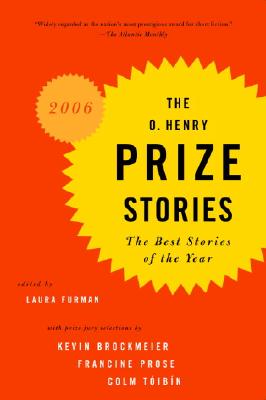 A radiant reflection of contemporary fiction at its best, The O. Henry Prize Stories 2006 features stories from locales as diverse as Russia, Zimbabwe, and the rural American South. Series editor Laura Furman considered thousands of stories in hundreds of literary magazines before selecting the winners, which are accompanied here by short essays from each of the three eminent jurors on his or her favorite story, as well as observations from all twenty prize winners on what inspired them. Ranging in tone from arch humor to self-deluding obsessiveness to fairy-tale ingenuousness, these stories are a treasury of potential classics.

Laura Furman's work has appeared in The New Yorker, Vanity Fair, Ploughshares, The Yale Review, and other magazines. She is the founding editor of the highly regarded American Short Fiction (three-time finalist for the American Magazine Award). A professor of English at the University of Texas at Austin, she teaches in the graduate James A. Michener Center for writers. She lives in Austin.