The Conquest of Bread: A Critique of Capitalism and Feudalist Economics, with Collectivist Anarchism Presented as an Alternative (Paperback) 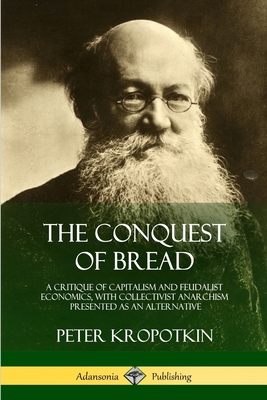 The Conquest of Bread: A Critique of Capitalism and Feudalist Economics, with Collectivist Anarchism Presented as an Alternative (Paperback)


Ships quickly (1-7 days)
(This book cannot be returned.)
The Conquest of Bread is Peter Kropotkin's famous critique of capitalism, wherein he excoriates that system in favor of anarcho-communism; a form of government he believed could ensure fairness for all. Kropotkin had an alternate vision of the way society, work, and population should be organized - in The Conquest of Bread, he interweaves his plans for a social revolution with critiques of the prevailing orthodoxy. We receive outlines of how his propositions will eliminate poverty and scarcity - conditions Kropotkin believed were artificially enforced in order to maintain control upon the working populace. As a philosopher and scientist, Peter Kropotkin abhorred the manner in which abject poverty characterized industrialized society. He also held a great resentment for centralized authority of government and the owners of capital, which he felt acted in concert to undermine the majority of humanity.