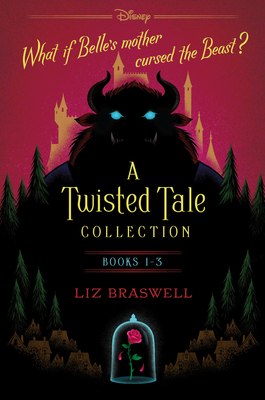 
Ships quickly (1-7 days)
A paperback boxed set that collects the first three books in the wildly popular A Twisted Tale series for the first time!
Discover your favorite worlds and stories, with game-changing twists that will have you feverishly turning pages to follow your heroes and heroines into all-new adventures.

After the sort of introverted childhood you would expect from a writer, Liz earned a degree in Egyptology at Brown University and then promptly spent the next ten years producing video games. Finally she caved into fate and wrote Snow and Rx under the name Tracy Lynn, followed by The Nine Lives of Chloe King series under her real name, because by then the assassins hunting her were all dead. She also wrote A Whole New World, the first book in the new A Twisted Tale series. She lives in Brooklyn with a husband, two children, a cat, a part-time dog, three fish and five coffee trees she insists will start producing beans any day. You can email her at me@lizbraswell.com or tweet @LizBraswell.