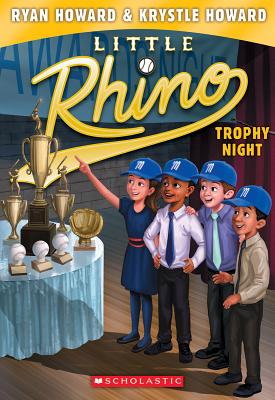 This is book number 6 in the Little Rhino series.

After each baseball season, the league holds a huge party to celebrate and honor all of the teams. Even though the Mustangs had a great year, Rhino is worried that he's not going to get any of the awards. But after showing he can be a great teammate on and off the field, he is happily surprised.