The Away Game (Little Rhino #5) (Paperback) 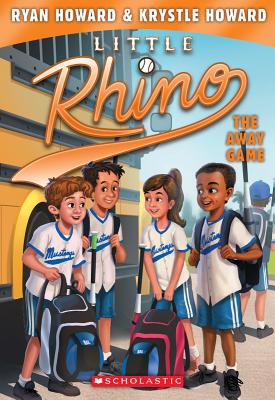 This is book number 5 in the Little Rhino series.

Coach Ray has some exciting news! After a great season, the Mustangs made it into a tournament. They get to travel to the capital and play against the best teams in the state. It's a huge honor and everyone is super excited to go.

But then Rhino realizes that he's going to have to sleep in a hotel. Away from Grandpa James and his brother. He's never stayed away from his house before. If Rhino is this nervous, will he be able to concentrate on the game?