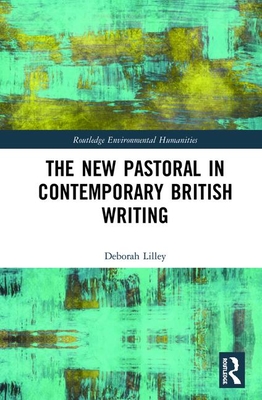 This book identifies a major turn in contemporary British literature in response to environmental crisis. It argues that the pastoral is emerging as a new critical framework in which to explore the understanding of people and place in this context.

The New Pastoral in Contemporary British Writing explores how the pastoral tradition has transformed as authors respond to our changing relationships with place in this period. Analysing the features common to new pastoral writing, it brings together a corpus of works from major authors including Ali Smith, Jim Crace, John Burnside, Kathleen Jamie, and Robert Macfarlane. This book argues that crises such as pollution and climate change have shifted our understandings of the key relationships of pastoral and the terms upon which they are based, giving new senses to its older oppositions between the human and the natural, the urban and the rural, and the past and the present. Furthermore, it shows that the versions of pastoral that ensue align with current ecocritical arguments produced by thinking through the individual, cultural, and ecological implications of environmental crisis. As a result, pastoral emerges as the crucial strategy in the re-imagining of the environment underway in contemporary British writing, the resurgence of interest in nature writing, the increasing attention towards place in literary fiction, and the development of ecological or 'climate' fiction.

This book will be of great interest to students and scholars of English as well as those concerned with the interdisciplinary topics of the environmental humanities, including literary geographies, new nature writing, cultures of climate change and the Anthropocene, and ecologically-oriented theory.