The Souls Of Black Folk (Paperback) 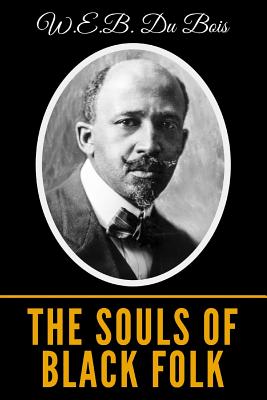 Herein lie buried many things which if read with patience may show the strange meaning of being black here at the dawning of the Twentieth Century. This meaning is not without interest to you, Gentle Reader; for the problem of the Twentieth Century is the problem of the color line. I pray you, then, receive my little book in all charity, studying my words with me, forgiving mistake and foible for sake of the faith and passion that is in me, and seeking the grain of truth hidden there. I have sought here to sketch, in vague, uncertain outline, the spiritual world in which ten thousand thousand Americans live and strive. First, in two chapters I have tried to show what Emancipation meant to them, and what was its aftermath. In a third chapter I have pointed out the slow rise of personal leadership, and criticized candidly the leader who bears the chief burden of his race to-day. Then, in two other chapters I have sketched in swift outline the two worlds within and without the Veil, and thus have come to the central problem of training men for life. Venturing now into deeper detail, I have in two chapters studied the struggles of the massed millions of the black peasantry, and in another have sought to make clear the present relations of the sons of master and man. Leaving, then, the white world, I have stepped within the Veil, raising it that you may view faintly its deeper recesses, -the meaning of its religion, the passion of its human sorrow, and the struggle of its greater souls. All this I have ended with a tale twice told but seldom written, and a chapter of song. - Taken from "The Souls Of Black Folk" written by W. E. B. Du Bois.